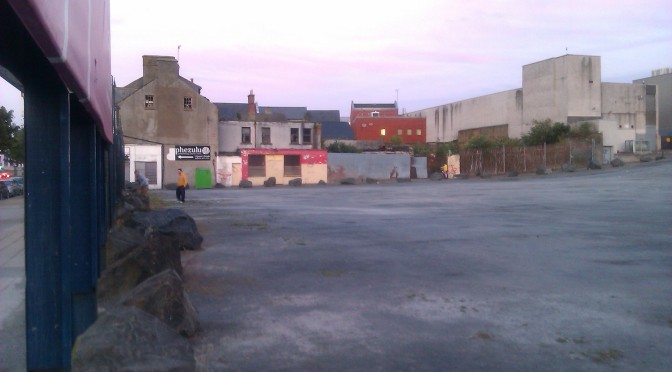 The DSD have announced a temporary investment in Queen’s Parade in the form of 12 units, most likely renovated shipping containers, to serve as art “Pods” for the interim period until development starts. Also included in the vision has been talk of a ”community garden” and “performance space”.

FABB have been involved in the consultation process to some extent in that the council have invited representatives of 3 community groups to attend meetings. The art pods idea, “Project 24″, was first announced to the Revitalization sub-committee on 22 August.

The Community Telegraph have reported on the development of Project 24, in the following article here.

We would value your comments, opinions, suggestions for what to include in the space… please post here, or on our Facebook page.

One thought on “Art Pods for Queen’s Parade”